While the “L” on my forehead would normally mean “loser”, today it has a different meaning. It is the Roman numeral representing 50 which happens to be the birthday I’m celebrating today. Yep, it’s a landmark and I’m enjoying it – full confession, I LOVE all the “happy birthdays” I’m getting Facebook and LinkedIn, and the emails and texts from my brother, kids and other family members wishing me the same – beginning with some wonderfully thoughtful gifts from my (much) better half this morning and an edible basket she had delivered today at work. 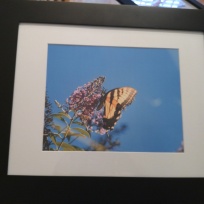 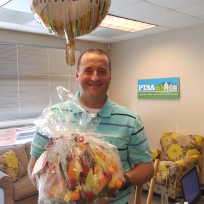 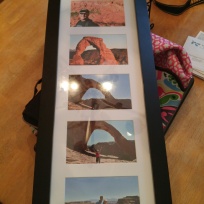 I’m also very lucky in that I’m the son of a writer and as such I get my very own “origin story.” I haven’t asked her permission to share it, but I figure she sent it as a gift so I don’t really need to. Mom’s a helluva writer and this is something I’ll cherish forever.

It was Monday, still a bit warmer than is the norm in southern Germany in mid-September, but not so hot as it had been in August, when little droplets scurried down the sides of a belly that no longer fit inside the maternity blouses unless they were unbuttoned at the bottom.

This was day 21 – a full three weeks after the due date.  But then the due date was known to be less than dependable.  This child had been conceived after the last birth control pill and before the first menstrual cycle.  It was not supposed to happen that way, but if mothers have any sixth sense at all about such things, this mother had a pretty reliable read on what occurred.

They’d been in Garmisch, “skiing.”  When one owns no equipment and has no experience, one “rents” from the military.  In that, as in so many things, one size fits all – that is, all of the non-elite.  Boots came unstrapped, poles and skis were all the same no matter what height the supposed skiier.  He, of course, went right down the slope first time out.  She tried and fell, tried and fell, tried and fell.  Gave up.  There was no ski lift working, because there had been an avalanche.  The ski area is essentially a bowl on the top of the mountain, so they walked back, falling against the side of the mountain when they met anyone coming the other way.  One such traveler looked at her and said, “Ma’am, if you feel anything like you look, you should get back to the lodge NOW.”

A variety of effluents – tears, snot, saliva – created a small grotto on her face.  Her hands and feet had no feeling.  The thawing out that happened in the lodge was (though she had no way of knowing it) training for pain tolerance that would be needed in the Heidelberg hospital 10 months hence.  Later they got warm.  Nice and warm.

They determined she was, indeed, pregnant the same day that he had hernia surgery in Heidelberg.  He had no real reaction to the news, but then he’d been shaved (The hair on his chest looked like the tree line on a mountaintop.) and cut open.  Reason enough.

The months that followed were full of new experiences.  All pregnant women went to the clinic on Thursday.  The waiting room had all the appeal of a cattle barn – no mooing, but there could have been, given the size, shape and gender of those assembled.

There was no obstetrician in evidence.  She never really knew what the specialties were of the three who saw her on any given Thursday.  About all she learned was the baby seemed normal, she should eat correctly and take vitamins, and if she allowed her weight gain to exceed 20 pounds she would be put in the hospital and fed whatever way was necessary to take it back down to below 20 pounds.  That meant each visit was preceded by a half-hour or so in the bathroom trying on all possible combinations of ugly tent-sized garments to see which was the lightest.  Pre-electronic scales, in that bathroom and at the clinic, praise be.

Even with the restricted weight gain, she had to master the art of waddling.  Somewhere there is a Super 8 tape that is embarrassing testimony to just how inept she was.  It’s a video taken from behind as she stumbled more than strolled through the gardens near Lake Constanz.

All in all, though having no baseline to which to compare her experience she didn’t know it, the pregnancy was uneventful, even comparatively comfortable.  No morning sickness, no swollen ankles.  The only real issues were that many body parts seem to have ballooned in the most graphic sense of the word.  The bra size went from 34 A to 36 C. (No complaints from the prospective paternal corner.) All 18.5 pounds stuck straight out front.

When the due date passed, and then a week elapsed, they literally spent one Sunday driving the back roads, looking for bumps.  The second week, he as building captain was supposed to paint the fence out front.  He had issues at work, so she painted – belly facing parallel, shoulders turned, white paint on her elbows.   Lots of energy.  “Maybe, oh maybe,” she thought, “this is what Aunt May called ‘lightening,’ that surge of energy just before labor.”

At the beginning of the third week, the Stars and Stripes carried a story of a woman who delivered a child without waking up from her afternoon nap.  She got calls and more calls.  “That’s how you should do it!”

Then on Sunday she began bleeding.  They went to the clinic, where the doc on call insisted he could not examine her because there were no grey ladies (volunteer nurses’ aides) available.  She insisted that the father would suffice.  It became clear, then, that the doc didn’t know what he was looking for.  He was an ophthalmologist.  He said he thought she had twins – he heard two heartbeats.  Back home they went.

Monday brought a bridge game, and at the table the first slight pains began. By the time the about-to-be dad got home from work, the pains had become regular.  He showered, and they left, leaving behind the grilled steaks that should have been dinner.  She rode the 30 kilometers to the hospital in an ambulance, while he followed in he car.  The two medics in the ambulance had no experience with monitoring expectant mothers or delivering babies.  They pleaded, “Why not lie down?  That way, maybe the pains won’t be coming faster.”

Less than nine hours later, a healthy baby with a deep, deep voice made his appearance.  Clearly, he had attended a lecture in preparation.  The rules he knew and followed were:

You eat regularly, every four hours.

Before the first month is out, you learn to skip that feeding in the middle of the night.

You can decide what you like to eat, within limits.  Carrots are great.  Spinach is not.

Pooping is a wonderful instrument of revenge.  She will put a “poop pad” on her lap, so the drama may be limited there.  He will not, so you can make a real mess.  (Big enough, as it turned out, that he threw away his slacks, lest the dry cleaner think the mess had been his.)

She really knows absolutely nothing about breast-feeding, so you can take charge.  Be careful, though, because someone has taught her to put a safety pin on the bra strap on the side she starts with, to make sure she starts on the other side the next time.  The pin can scratch your nose.

Laugh a lot.  Chortling is even better.

He made an “A.”  Then and forever after.

Unbelievably, at least for me, Celeste's and my oldest son turns 21 today. As in 2-1 and able to legally drink in any state in the union. How the heck did we get here this fast?

Normally I'd say he's a great kid, but these days that would be wrong because he's a great young man and not a great kid. He's beginning to make his way in the world by going to school, holding down a job and generally being a productive member of society. He's already encountered some bumps in the road and I'm encouraged by how he's dealt with them without losing what really makes him special: his caring for those around him and his incredible sense of humor even on a bad day.  Honestly I couldn't be prouder of him and I can't wait to see what the next 21 years bring. The future is very bright for this kid, er, young man. 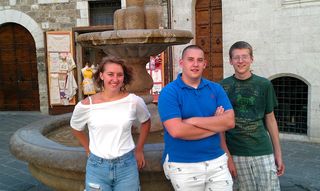 This has been a heck of a couple of days.  First, our two oldest had their first prom this past Saturday.  If that's not enough to get the "I can't believe I'm this old" angst cranked up, the fact that our "baby" turns 14 today really hammers the point home.  Below are some of my favorite pics of Justin through the years, but of course they don't do justice to the boy who's growing too quickly into young man status.  They don't tell you that he's an incredible book worm; that he's shy to the point of seeming reticent, but when the flood gates open a whole stream of thoughts come pouring out; that he possesses such an incredible imagination that when he does share his thoughts it's often difficult for us mere mortals to grasp where he's going; that under that soft exterior is a surprising iron will and stubbornness; in short there's no way you can tell what an amazing young man he is.  Happy birthday J. 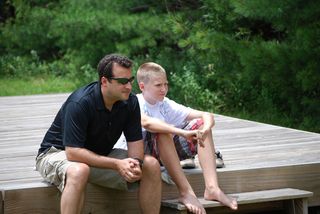 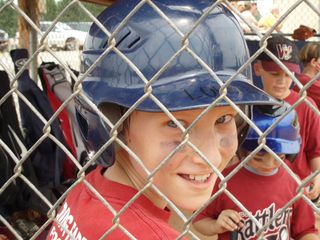 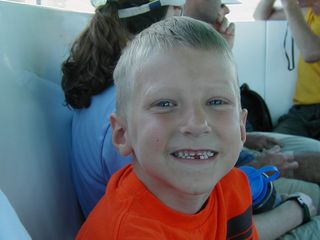 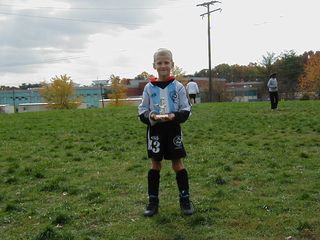 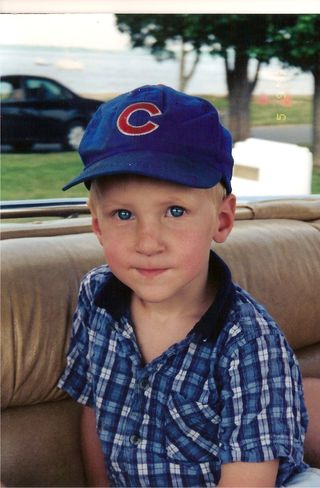