Here’s a quote from a post at the AVC blog on the importance of civil and intelligent debate that hit home when I read it this morning:

I was reminded of that when I read Ruth Bader Ginsburg’s comments on Antonin Scalia, in particular this part:

We disagreed now and then, but when I wrote for the Court and received a Scalia dissent, the opinion ultimately released was notably better than my initial circulation. Justice Scalia nailed all the weak spots—the “applesauce” and “argle bargle”—and gave me just what I needed to strengthen the majority opinion.

Maybe the most important part of the title to this post is the word civil. Without civility (and respect), it is hard to have intelligent debate. Respecting those with opposing views, working to understand them, and listening closely to them is the key. Even if they don’t change your mind, they can reshape how you discuss and present your views. And that can make all the difference in the world.

The scary thing about the current state of political discourse in America is the very real lack of civility. As much as we’d like to think this is a modern phenomenon, we actually have a long history of pretty nasty behavior during the political silly season. Check out this political cartoon about Lincoln: 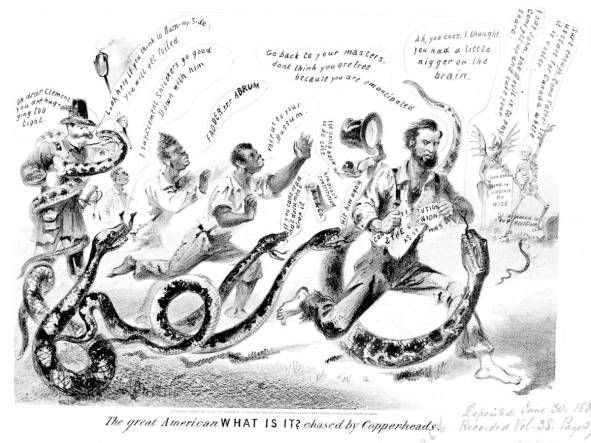 That’s some pretty nasty stuff by any measure. What’s new to our elections these days is the ability of any one person to create or spread nastygrams like this via their social media channels, with nary a thought to whether or not it’s true. With the click of a button they can share personal attacks on candidates, falsehoods about a candidate’s past and beliefs, or launch character assassinations on political candidates or members of a political party faster than you can say “fact check.” It’s truly becoming an overwhelming cacophony of negative, schoolyard name-calling that is drowning out increasingly fruitless attempts at civil discourse.

Lest you think I’m exaggerating, check out these images I found in just five minutes of scrolling through my Facebook feed: 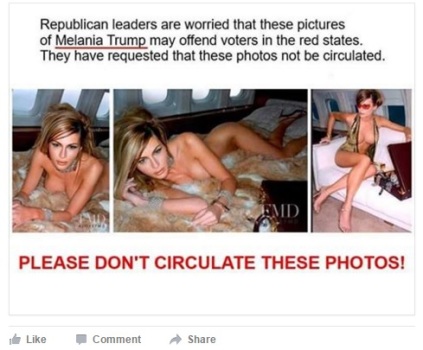 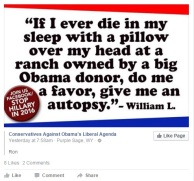 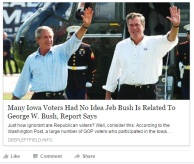 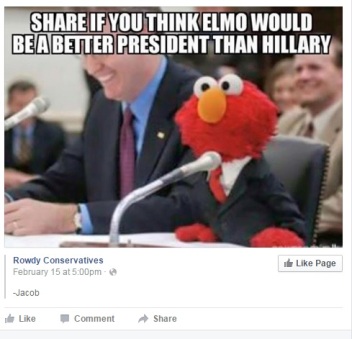 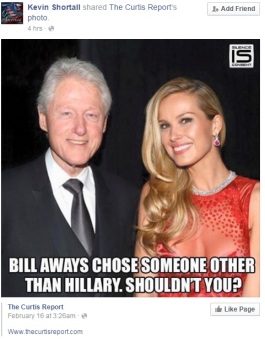 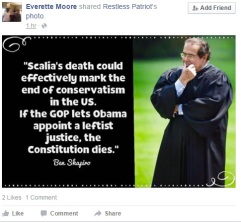 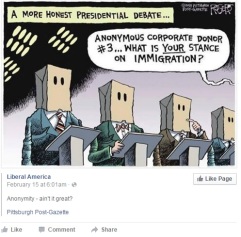 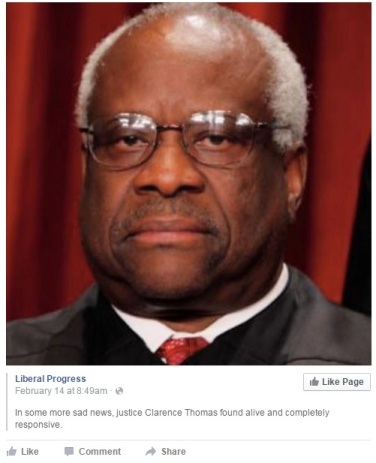 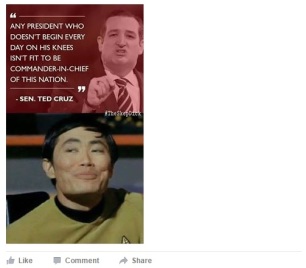 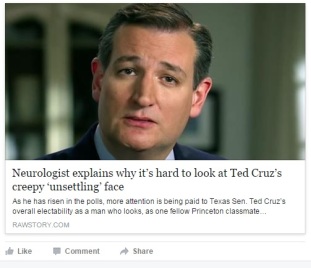 So what commonalities do you find in these images? What I see are personal attacks and name calling with no attention paid to the stated policies of the candidates. How, pray tell, does this advance the cause of the Union in any way?

Now I do understand that much of what people share are things they consider funny. Many of the memes poke fun at the generalizations the sharer has about the folks on the other side of the fence, and normally I wouldn’t be such a stick in the mud about it since I enjoy a good joke as much as the next person. However, when you see people share literally dozens or hundreds of these memes that do nothing but insult people with a different set of beliefs then you have to come to the conclusion that they truly feel that their opposites are stupid, lazy, cruel, etc. When you begin to believe that then you inevitably come to the conclusion that there’s no room for honest debate, and quite frankly you begin to not care what they think because all you see are personal attacks completely divorced from the issues.

So maybe you think I’m overreacting and that I should just ignore what I’m seeing on my social media channels. I might agree except that I think our current crop of political leaders, both liberal and conservative, from the local level to the national level, are exploiting these sentiments and profiting from our separateness. Until we can find a place to have civil and intelligent debate they’re going to play us for the suckers we are.

In other words, folks, we have met the enemy and it is us.